Home Cute Dogs Man Breaks In Tears After His Wife Gave Him A Gift –...

It was fate that made things happen for a foster dog and its newfound family to be together forever.

The story started in South Korea where not everyone considers dogs as a great companion. A dog named Toby was seen all by himself on the streets and found his way into a repair shop. Toby was then transferred to a shelter which was already overpopulated where he was put outdoor enduring the cold winter weather.

It was only after a few days of braving the cold temperature that Toby and another dog named Niro were rescued. A  rescue group in the locality named Brand For Animal took them in. They were brought in the rescue center and instantly clicked as playmates. They were then flown to the United States so they could have a better chance of belonging to loving homes.

Ann Hoang, together with her husband accepted Toby as a foster to check whether they were ready to take on the second dog in the family. Her husband was uncertain at first. They have no idea back then that this will be the start of a new bond between them and the shy dog.

It took Toby a while to adjust to his new surroundings and to trust his new family members. But the moment that he warmed up with the rest of his family members, an instant connection was formed between him and Hoang’s husband. They were inseparable after that. Toby was a perfect fit in the family.

Toby had also become good pal with the other dog of the family. He was with them with his best behavior. It was not long before two other families were interested in having Toby in their homes. It was then Hoang realized that in the short span of time that Toby was with them, she knew it would break her husband’s heart if Toby left.

Immediately after, Hoang collaborated with the rescue and expressed her intention to adopt Toby and surprise her husband about this. The rescue was excited as well of the idea, and together, they schemed a plan to surprise Hoang’s husband.

The rescue worker disguised herself as a potential foster parent and visited Hoang’s home. There she met Toby and handed a personalized card to Hoang’s husband. He proceeded to open and read the card. He was reading it aloud until tears brimmed on his eyes. He started crying and so does everyone else in the house. Toby rushed beside him and tried to comfort him. 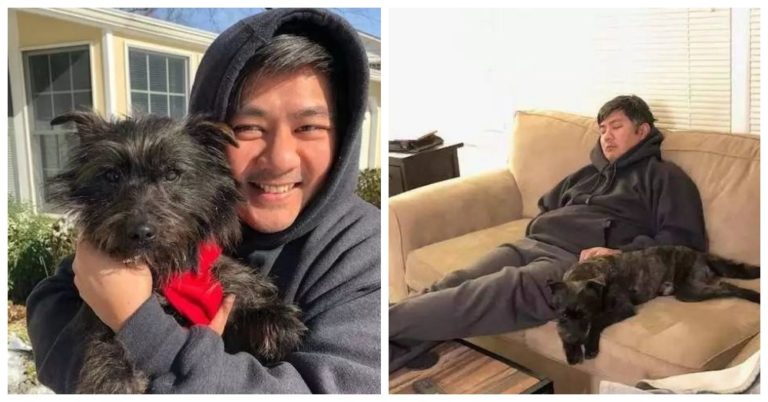 Hoang’s husband cried happy tears and mentioned that never in his life did he cry that much. Hoang was so happy as well seeing how much joy her husband was feeling.

A happy ending was found by Toby. From being alone wandering on the streets to being loved unconditionally.

Thanks The Animal Rescue Site for the story.

Loved Dogs are the Happiest Pets

Best of the Best: 25 smartest dogs in the world

A Story of Bella (A Faithful Dog) That saved Jack

The Best Essay Writing Service on Reddit – most suitable solution...

The Best Essay Writing Service on Reddit - spectacular variety for confidence essay writing recommendations Why is the best essay writing...

On-line Dating Tips For All Genders

Greatest Senior Dating Sites To Seek Out Your Love In 2022