Over the past few years, one of the dilemmas dog lovers face is when they go outside of their homes and look for a restaurant which does not bar dogs. But as the world increasingly becomes pet-friendly, this problem is soon to be fixed.

A New York-based restaurant is adding some spice in its menu as it already included cuisine exclusively for pooches. Known as The Wilson, the restaurant is a brainchild of Culinary Director Jeff Haskell.

Haskell’s penchant for giving dogs a chance to dine with their owners at a restaurant began when he cooked food for his dog. Since he is a culinarian by profession, Haskell taught to make this as a stepping stone for dogs to have a place in restaurants.

For Haskell, one of his inspiration is to cook safe and delicious food exclusively for dog consumption. He likewise wants to provide pooches peaceful and fine dining while hanging out with their owners.

Owning an English Bulldog himself, the culinarian knows the struggle of finding a restaurant which is pet-friendly because it is rare in this day and age. 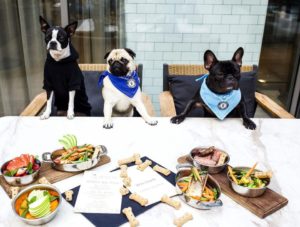 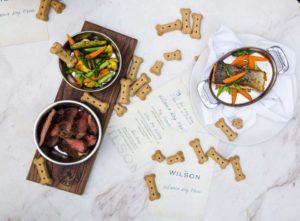 Haskell, meanwhile, bared that while their food for dogs is kinda pricy, the price is still worth it since the restaurant only produces quality and best food for both the owner and his or her dog.

For sanitary and hygienic purposes, the restaurant practices using disposable containers for dogs. Currently, Haskell’s restaurant is the first in New York City, where the famous East Village of Boris and Horton for dogs is located.

Haskell said that he is looking forward to welcoming dog owners and their cute pooches to try their restaurant and the food they serve.

A Story of Bella (A Faithful Dog) That saved Jack